The initial core schema (phenotypic data) module, adopted from the Katmandoo database developed by Departments of Primary Industry in NSW and Queensland, was significantly redesigned and redeveloped by DArT. This was alongside useful feedback from Katmandoo developers, our early adopters and much interaction with industry and researchers.

To illustrate data integration, the diagram below depicts how the central KDDart storage is fed from a variety of input mediums which in turn feeds data to perform other tasks such as conducting analysis, managing inventories and preparing for future trials. 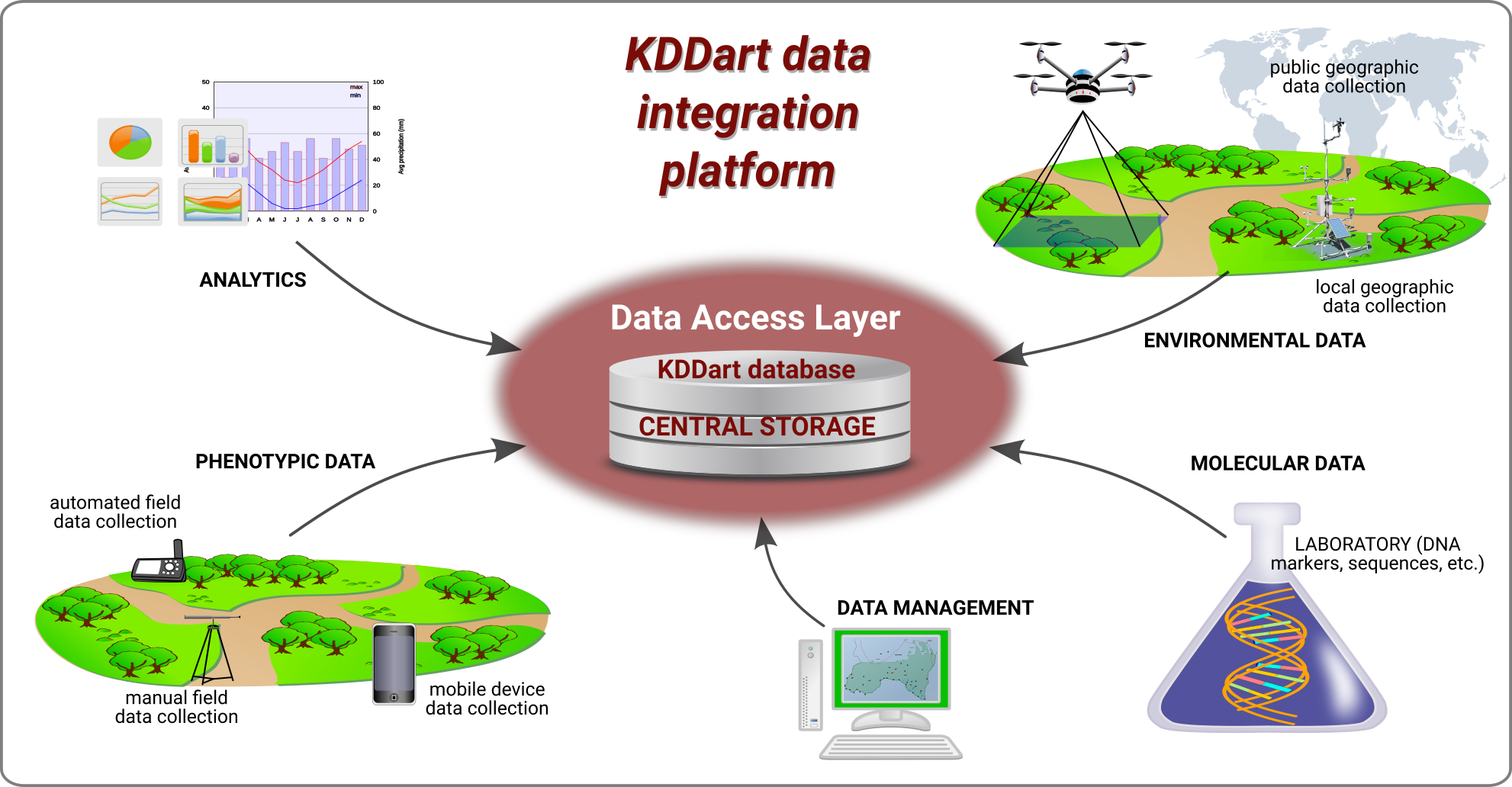 Users benefit from a software platform built from the ground up on open IT industry standards consisting of a three-layered architecture, the middle layer of which is a RESTful Application Programming Interface (API) interface.
Safeguarding the time, resources and acquired knowledge is a system flexible enough to adjust to the rapid changes in technology and breeding methods.

The base, or database layer, provides effective and efficient storage services for a diverse range of:

Central storage database(s) are only accessed via the middle Data Access Layer (DAL) using the RESTful API. The DAL provides the most reliable, optimal and flexible mechanism for storing and consuming data for all users of KDDart. 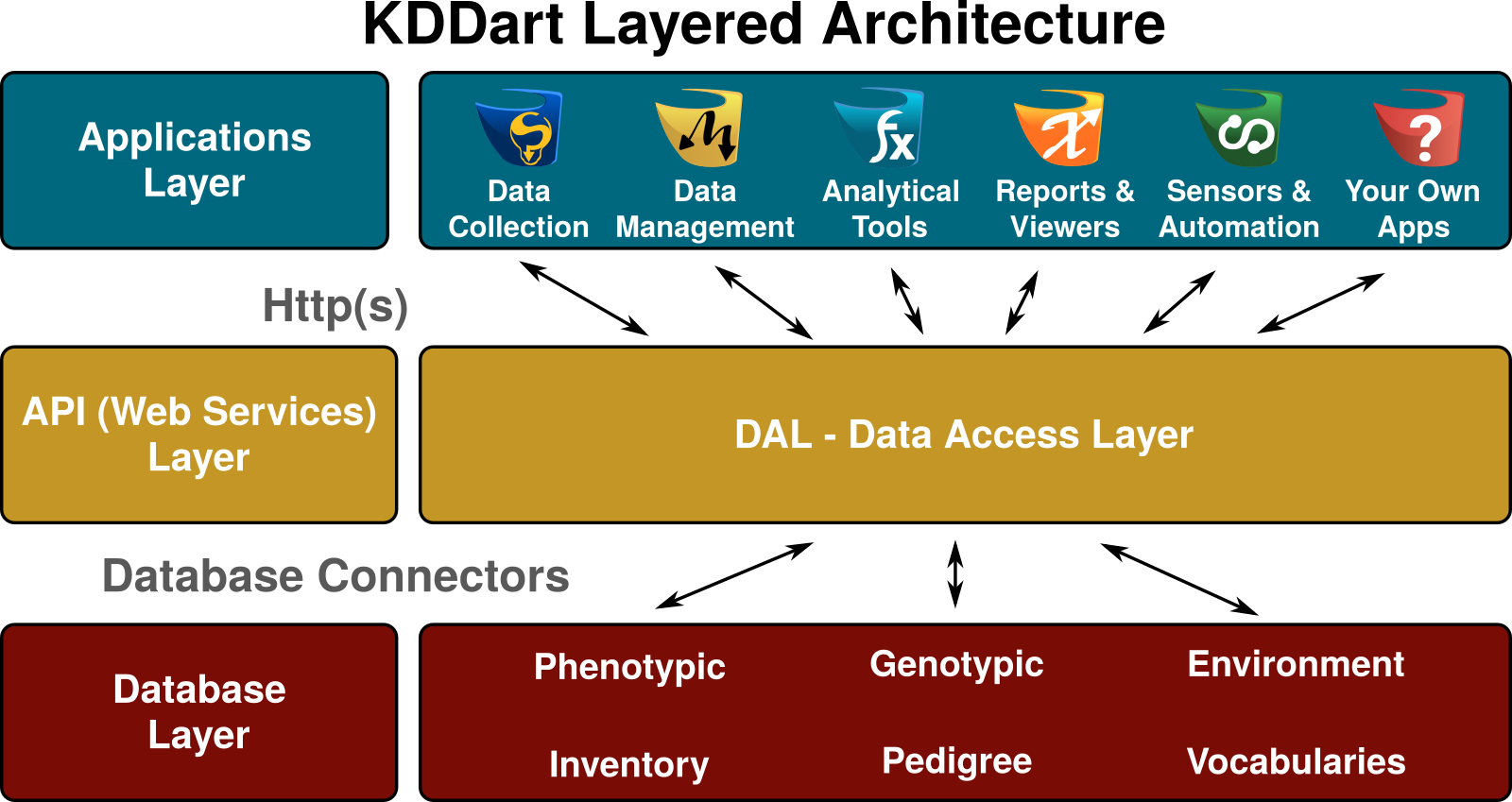 The top, or applications layer, provides users with software tools to interact and work securely and efficiently with their data in the system. Using DArT developed applications, any custom developed by your organisation ‘in-house’ or software developed by other collaborators, KDDart and the DAL will manage the integrity of and access to your data. This is one of the major benefits of a language agnostic system and API.

Access Management and Permissions form an integral part of KDDart's architectural design and operation since its inception. The security model employed by KDDart is a common Unix like construct based upon record level permissions, however unlike Unix, records are owned by 'groups', not users.

In this model users are assigned to at least one group. The permissions assigned to the group dictate the privilege level, e.g. read, write, etc. Group Administrator(s) are users with the ability to perform Group management tasks such as:

The following Permission Matrix shows task that can be performed for different user types:

Users of applications within the Applications Layer, are provided access to data in the database layer using the access permissions of the user logging into the system. Data is securely managed and protected by the Data Access Layer, not the specific applications.